Will the JetSeat power supply work in North America?

The power supply will work since it's universal range 100 - 240 V, but you will want to use a Europe to USA/Canada/Japan plug adapter, like this one, for example. UK, Australia, New Zealand and some other countries customers will also want to use the plug adapters. 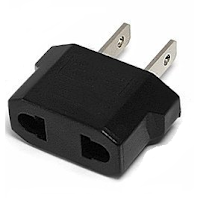 Does JetSeat work on Windows 10?

Yes, it does work.

1) Download and install JetSeat Control Panel and Massage App (see links at our Downloads page).
2) Connect Jetseat to 100 - 240 Volt AC network and to USB port at your PC.
3) Switch on Jetseat control unit, LED at the control unit should light.
4) Start Gametrix JetSeat Massage App and give it a try. 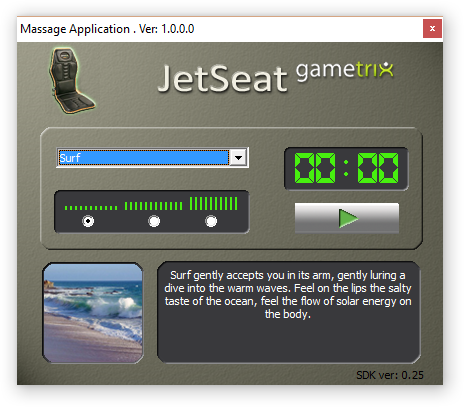 What the buttons on the JetSeat control unit do?

MODE button switches JetSeat modes between USB and SOUND. To change the mode press and hold the button for 3 seconds, LED color should be changed.
MOTORS button switches motors on and off. When motors are off , LED is blinking.

How to use JetSeat in Sound Interception mode?

You can use JetSeat in its Sound mode with any game (not only PC game, but actually at any device with 3.5 mm sound output). That's simple as 1-2-3.
1) Plug JetSeat's 3.5 mm male jack into your device sound output (as if it was a Butckicker amplifier),
2) plug a headset into JetSeat's 3.5 mm female jack,
3) press and hold MODE button at JetSeat's control unit for 3 seconds. LED color changes. Wait about 10 seconds for changes to take effect. That's it.
Further steps: adjust vibration level by rotating a big black knob at the control unit or via JetSeat Control Panel App.
Caution: keep your ears safe against too much loud sound while setting it up.

Control Panel lets you to test vibe zones, not motors. Zones 1 and 2 have coupled motors. Hence we have 8 motors working in 6 zones. 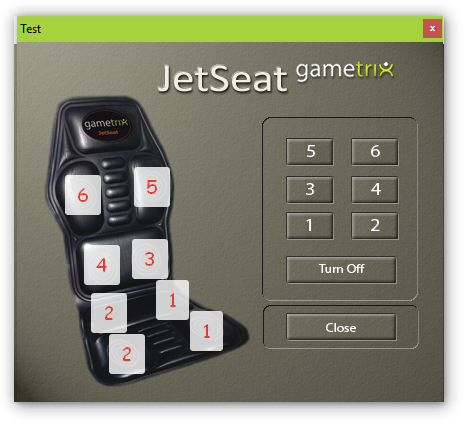 How much noisy is JetSeat?

It will not disturb neither you neighbors nor your family members, but it's not silent. If you play games using a headset, you will barely hear JetSeat motors or will not hear it at ll. If you play using speakers, you will hear JetSeat motors and that's not a good reason for RMA.
Here is a proximate to its surface record of JetSeat sound, working in a massage "waves" mode. 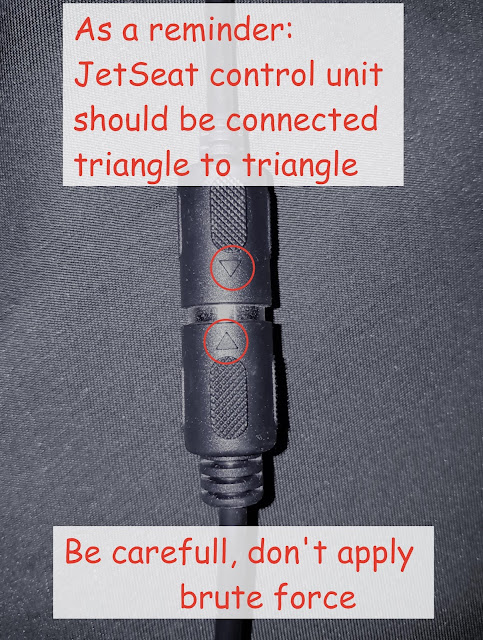 Do I need to download and install SimShaker software to make JetSeat work with DCS World?

No expected vibration when firing gun. All other effects seem to be fine.

If "Unlimited weapons" option in DCS is switched on, it's normal. Sim doesn't provide information about shells discharge.

I'd like to add support for those titles, but lack of appropriate interface to access game physics data blocks.