Hi guys,
looks like since Aerofly FS2 December 19 update for SimShaker - Wings plugin doesn't work anymore. Looking forward for Aerofly FS2 to reveal information about the changes made in order to fix the issue. Thank you for the patience.
Автор: Andre на 2:12 PM


As a reminder, you should start SimShaker - Wings Launcher twice in order to update the application. For the first time the application checks for updates, for the second time - promts you to update.
Happy flying!
Автор: Andre на 6:24 PM

Hello guys,
this version included some internal code improvements I'd like to add before I publish it as a stable version. A kind of a maintenance release.
Let's give it a try.
Автор: Andre на 8:24 PM

As a reminder, you should start SimShaker - Wheels Launcher twice in order to update the application. For the first time the application checks for updates, for the second time - promts you to update.
Happy driving!
Автор: Andre на 9:46 PM

Hi guys,
this version features small improvements in SimShaker - Wings auto-start algorithm. If the game have a launcher SimShaker - Wings will start along with it to let you some more space for adjustments.
Let's give it a try ;)
Автор: Andre на 9:16 PM

Hi guys,
new in this version:

Let's give it a shot!

Hi guys,
Sound Sensor is a free-to-use feature which allows you to bring JetSeat into play in both sound intercept and telemetry driven modes at the same time via USB. You can take game sound peaks based effect and combine it with telemetry based effects.

You can use sound peaks based effect only with any PC game as well.

Ten digital filters let you to filter out undesired sounds, like Team Speak chattering for example.
If you've got more than one compatible with Sound Sensor sound card installed, you can audibly control the filtered sound to achieve better results. Please bear in mind that filters usage creates some additional load to the CPU, so the filters are disabled by default.


If the autoupdate fails you can uninstall beta SimShaker - Wings v.1.24 and use this file to force the update process.


Fixed a bug when after leaving a buttle in War Thunder Aviation vibration continued;

Hi guys,
in this version:

You can find the link pointing to beta version in SimShaker - Wings User Guide.

Hi guys,
after SimShaker - Wheels 3.9 spent 3+ weeks in the beta branch I've published it as stable version.
I hope your transition from version 3.6 to 3.9 will be as smooth as it was at my PC:)
Happy racing!
Автор: Andre на 1:49 PM

Crash in case if SimShaker for Aviators by f4l0 was not installed first fixed.
Автор: Andre на 9:53 PM

You can find the link pointing to beta version in SimShaker - Wings User Guide.

Hi guys,
today's update features F1 2019 support. Version 3.9 automatically recognizes and supports "Legacy", "2018" and "2019" formats. You can select any format in the F1 2019 game UDP telemetry settings, but "2019" is a recommended one.
Essential difference between "2018" and "2019" telemetry in terms of SimShaker - Wheels is an added terrain type tyres are contacting.
Good news is that more and more titles include those data in their telemetry sets. Hence SimShaker - Wheels "Curbs and Bumpy Terrains" effect becomes less specific as a specific game attribute at the second tab. To eliminate number of duplicated controls I  decided to move this effect to the first tab and rename it to "Surface Type Based Effects". You can find it now under "More Options" for "Road Surface" effect controls.
If there is no support of this effect for a particular game provided then "More Options" control will not be visible and vice versa. When moving the effect I took as a basis existing settings for Project CARS1/2 effect. For some other titles like iRacing, rFactor2, Automobilista, KartKraft, Forza you should probably re-adjust that effect settings.

Please note that actually "Road Surface" and "Surface Type Based" effects remain independent from each other. If you disable one of them the other may continue to work.

Hi guys,
in this version:


A bit more about Forza UDP telemetry since that is something. If you purchase the game in Microsoft Store it adheres to Microsoft Windows 8-10 modern apps safety rules and technics like Network Isolation, App Container and may be some more other stuff like that. In brief for game users it means that localhost data streaming (i.e. traffic inside the PC) will be blocked as it claimed here. You can add a local loopback address 127.0.0.1 and 29373 as a destination IP address and port, as we usually do in some other games, but actually no packets will be sent from the game. Well, this is an official Microsoft policy. According to it you should run Forza game and app consuming data via a network protocol on different devices. Hence, if you run the game on Xbox and run SimShaker - Wheels app on a PC in your home local network it should be fine. Just add your PC IP-address and port 29373 as destination point for telemetry packets, select appropriate game mode at SimShaker - Wheels 3rd tab (not Auto), allow firewall software adding a rule for this traffic and enjoy the game.
If you run the game and SimShaker - Wheels on the same PC most likely it will not work, since the only way existing to obtain telemetry from the game is currently a UDP network protocol, wich traffic inside the PC will be blocked.
Although there is a workaround. For developing and debugging purposes Microsoft provides an ability to unblock this traffic with a special built-in command-line tool CheckNetIsolation. It may be useful but not very convenient.
There is another enabling loopback tool by Eric Lawrence featuring a graphical interface, which makes this task much more easier to do. You just need to select Forza app in the list, mark it, press "Save Changes" button and quit the app.
Please bear in mind that Microsoft recommends it for for testing or debugging purposes only.

Well, enough reading such a boring stuff.
Let's give it a shot and have a great racing weekend!

Once again the most essential part: use IP-address 127.0.0.1 and port 29373 in settings for the game on the same PC and your PC with installed SimShaker - Wheels IP-address (it may be like 192.168.1.23 for example) and port 29373 for the game running on the console.
Game mode selector at the 3rd SimShaker - Wheels tab may be Auto or Forza for the same PC-based game and must be Forza for Xbox-based game.
Автор: Andre на 9:35 PM

Hi guys,
new in this version:


In order to enable KartKraft sending UDP telemetry to SimShaker - Wheels please add those strings into your %localappdata%\project_k\Saved\Config\WindowsNoEditor\Game.ini file

To easily reach that file press Win+ R keys, insert %localappdata%\project_k\Saved\Config\WindowsNoEditor into a textbox popped up and press Enter key.

In this version 3.6 I've also tried to workaround ACC 0.7.x telemetry issue caused Road Surface/Bump Effect not to work. Since this is just a workaround you will probably like it less than a regular effect we had before ACC 0.7.x and still have in AC. But I think it's better than nothing.
As usually in order to get this update you should start SimShaker - Wheels Launcher twice.


PS if the application fails to start after the update along with a message asking you to contact a software vendor, please, try to re-install SimShaker - Wheels software or restore it back to a previous state via Windows Control Panel - Programs and Features tool and let it start the update process once again.

Hi guys,
this version features updated support for RaceRoom Racing Experience to meet its latest shared memory version 2.6.
In order to get this update you should start SimShaker - Wheels Launcher twice.

Currently a couple of motion-platform-wise effects are implemented accordingly to provided by the IL-2 game telemetry. To be continued.

To make the  IL-2 game to send the telemetry outside, please, insert (or update) a section in game “data/startup.cfg” file as below:


JetSeat Race edition support may be selected in Output options of SimShaker - Wings main window by a radio button.

You can find the link pointing to beta version in the very end of SimShaker - Wings User Guide.

Hi guys,
in this version Dirt Rally 2.0 support added. In-game telemetry settings are the same as for Dirt Rally. Please refer to Integration with supported games and Beta version sections of SimShaker - Wheels online User Guide.
Let's give it a try! 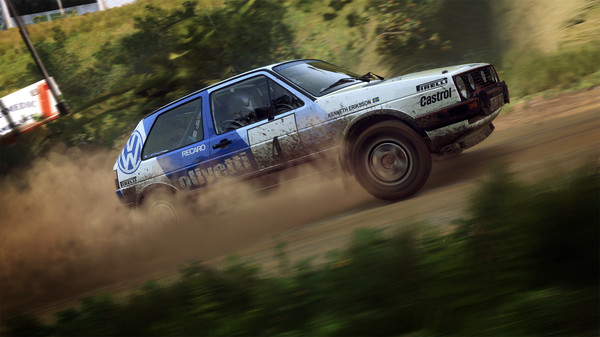